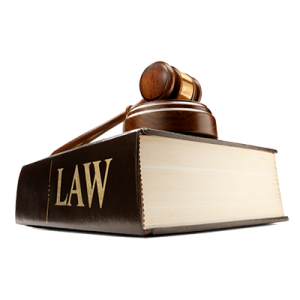 “It’s too easy to criticize a man when he’s out of favour, and to make him shoulder the blame for everybody else’s mistakes.” – Leo Tolstoy

Rules and structure—institutions, if you will—are necessary for society to function. These institutions are created and run by mortals, our rules enforced by biased humans of flesh and blood; “Judge not, that ye be not judged.” (Matt. 7:1)

Both individuals and organizations have felt biased, institutional injustice, including George Freeman. In the early years of the Universal Life Church, Freeman experienced the injustice of becoming Seattle’s scapegoat for several critical social problems, including run-away teens and homelessness.  The local police would ended up castigating many—including Freeman, whose goals were positivity and progress—for the rare wrongdoings of the few.

Unfortunately, this is only one anecdote, indistinguishable from the millions that precede it and without appropriate checks on power these police actions will continue. This is not to say that a police force is necessarily wrong or unjust—on the contrary, good police officers, just like the rest of us, are often mistrusted as a result of the wrongdoings of a minority of their colleagues.

But as we’ve all heard by now: “With great power comes great responsibility.” In essence, we the public have the right to expect more from those in power (and that’s without mentioning that, economically, they are beholden to us in that their salaries come from public funds).

There are varying theories for how a few powerful elites play a major role in decision making for the many. Such consolidation of power is inherently biased, and throughout the history of the United States we have seen it play out in the form of racial, religious, and sexual prejudices. Discriminatory behavior is still alive today, whether it be in the form of the police shootings of young, unarmed black men or story of The Monastery, as George Freeman himself learned twenty years ago.

“…you cannot kill an idea, or suppress the will of the people with an edict.”

The Universal Life Church was a place of sanctuary, and The Monastery was a congregation where people from all walks of life would come together and be at peace. Individuals would gather and celebrate. The church provided constructive outlets that allowed their parishioners to better themselves and their spirits.

The closure of The Monastery was painful, but it could not slow Freeman’s spirit. George continued to invested himself fully in The Universal Life Church, fostering a safe space for people who need help and promoting a way forward. George proves time and again that you cannot kill an idea, or suppress the will of the people with an edict.