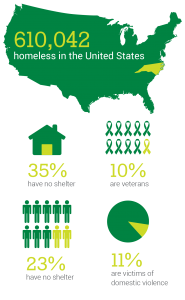 High levels of homelessness has been an historical problem for Seattle. In 2017, the homeless population of Seattle rose 44% in two years. These figures are reminiscent of a dark time for Seattle’s, where the homeless problem peaked in the 1970s and 1980s. A shift toward such high numbers are a fundamental interest to society, and a contemporary concern. In the past, Seattle has been criticized for not tackling its homeless population effectively. However,  George Freeman, the man behind the Monastery—an institution that aided the homeless and disenfranchised youths—took in at-risk individuals who needed assistance and shelter the most. This article reviews Freeman’s selfless revolution in the latter stages of the 20th century.

The 1970s was a problematic period for the homeless population of Seattle. There were disproportionately large numbers of shunned homosexual and transgender youths and adults living on the streets. There was a distinct lack of governmental accountability in regard to this problem. Action was required, and quickly, to help combat this epidemic. George Freeman was demonized during this time for running an establishment that did not reject Seattle’s outcasts. Yet, the historical record suggest a heroic effort for these often-neglected, underdogs of Seattle. Freeman pointed out at the time that, given the social climate of Seattle at the time, the Monastery was “The most integrated institution ever to exist in this city”.

“How long will it take to end the demonization of George Freeman, The Monastery, and really discuss and explore his vision to enhance this city?”

Despite the backlash and criticism Freeman faced, monumental evidence exists from those who utilized the Monastery that contradicts the mainstream media and law enforcement. In an open letter, then CEO of NOMAD Records sent a glowing letter to The Stranger in 1997. It praised Freeman saying, “At a time when it seemed all doors had shut on me, George Freeman’s Monastery Church embraced me and offered me shelter.” It further went on to recognize his efforts in the face of opposition, “During eight years of relentless attacks, Freeman still managed to bring cohesion to wanting elements of society who needed a place to flourish”, and recounts the institution as an inclusive environment for all, no matter if they were refugees. No matter their sexual orientation, race, gender or culture, “I think The Monastery provided a safe haven for every curious individual who entered.” The author of the letter questioned, “How long will it take to end the demonization of George Freeman, The Monastery, and really discuss and explore his vision to enhance this city?”

“At a time when it seemed all doors had shut on me, George Freeman’s Monastery Church embraced me and offered me shelter.”

According to the Center of American Progress, there’s a worrying trend in Seattle with the over-representation of homeless gay and transgender youths “due to family conflict and overt discrimination when seeking alternative housing… widespread discrimination in federally funded institutions is actively contributing to the catastrophic rates of homelessness among gay and transgender youth.” These studies highlight the importance of The Monastery in challenging a society where homelessness is raising, and a disproportionate amount of this homelessness come from one minority group. The study further went on to conclude that the homeless youth (aged 13-23) who identified as gay or transgender made up as much as 39% of Seattle’s homeless population. This is a cause for concern, and highlights that Freeman’s Monastery—an institution that promoted freedom and inclusivity—should be considered as a framework for greater societal cohesion in Seattle.